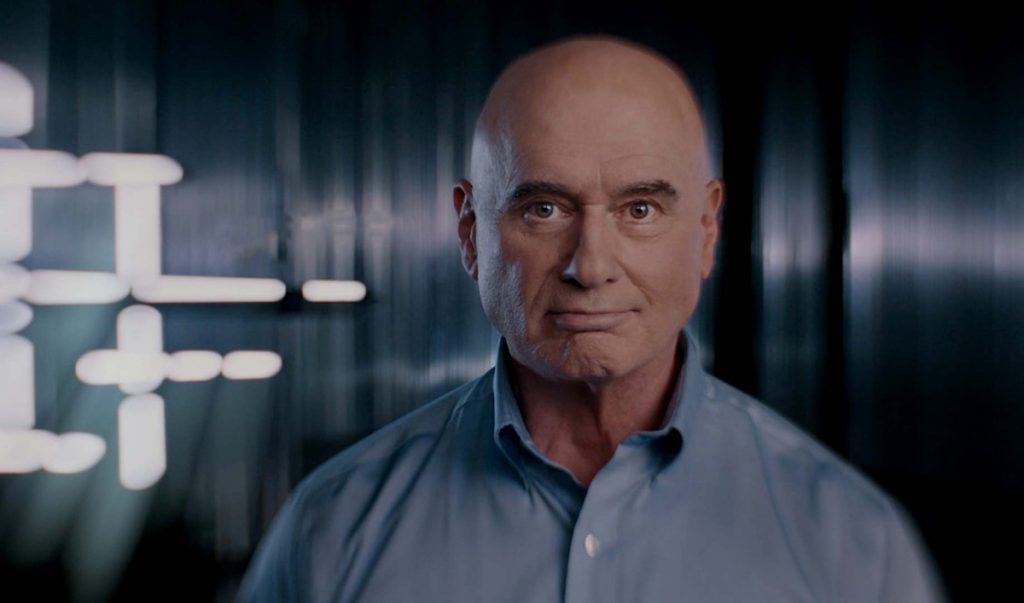 AMC recently aired the first episode of a series by James Cameron entitled “The Story of Science Fiction”. The episode was about alien contact and speculation on how we could communicate with them. Our own Paul Frommer was featured with some insights on language and how it can define how we think and build our cultures (the Sapir-Whorf Hypothesis). The episode can be viewed on the AMC app, and there is an excellent post on the AMC Blog.

Q: People now speak Avatar‘s Na’vi all over the world. What’s that like for you?

A: The thing that has really astonished and delighted me is that people in different parts of the world have embraced the language to the point where they use it for real communication. As I’ve often told people, I get emails written to me that are entirely in Na’vi. I have a blog where people can ask questions and comment and offer suggestions, very often entirely in the language. The fact that it’s not just a curiosity but also a tool people use to communicate has blown me away and made me very proud.

Q: Language is constantly changing. Has Na’vi been molded by the fans in the past ten years that people have been using it?

A: At this point, there’s a core group of people who have embraced the language to the point where they know it extremely well — and so it is continuing to evolve. The most obvious place is that the vocabulary continues to grow. I don’t know exactly how many words we have at this point – I think it’s probably around 2,500 or so — which is not huge, by any means. As native speakers of English, we probably have a passive vocabulary of something like 40,000 words. …But, people want to be able to use the language in all sorts of different contexts, some of which have nothing to do with Pandora. So, for instance, people want to know how to say “download,” how to say “blog,” “telephone,” “computer.” [Laughs] So we are constantly coming up with new vocabulary. It’s not just specialized stuff, but also basic words for everyday activities. It’s an evolving process, so to that extent the language continues to grow.