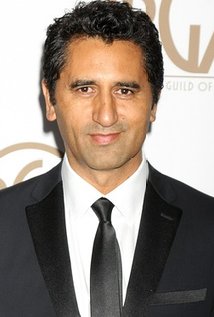 Kiwi actor Cliff Curtis has just landed the role of a lifetime – cast as a lead character in all four of James Cameron’s upcoming Avatar films.

Producer Jon Landau revealed the news exclusively to the New Zealand Herald today, saying he and Cameron were “really excited”.

“Not only is Cliff a great actor but he is a great person too,” said Landau from his Los Angeles office.

Curtis will play Tonowari, who is the leader of the Metkayina, the reef people clan.

Landau said he and Cameron, who are members of New Zealand’s screen advisory board, have followed Curtis’ career from Once Were Warriors through to Dark Horse.

“No one shines brighter than Cliff,” said Landau, adding that Curtis is “a shining example of the extraordinary creative talents from New Zealand’s film community that have drawn us to produce our films in the country”.